Everything Bubble by Mike Maloney: Easy Guide To Learn About Finance 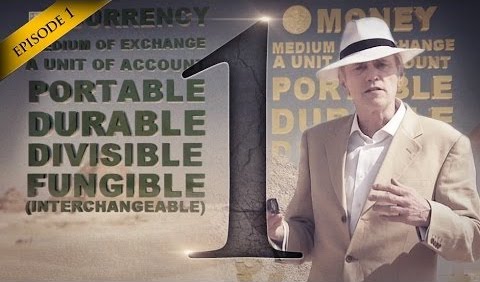 Some people are calling it the ‘everything bubble’ – are there going to be crashing bonds, real estate, stocks, and a fiat currency dive all at once?

Mike Maloney is a monetary historian lover of all humans and founder of GoldSilver.com has released a 10 part series of his excellent Hidden Secrets Of Money video series. 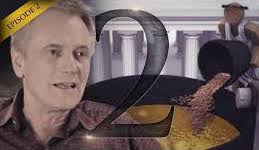 Mike has shown that over thousands of years the government’s intervention has always been mismanaged. The current system we are using all over the world shows that all currency will FAIL and go back to zero. The world is using the fiat currency regime and Mike sees that it will come to an end like all preceding monetary regimes. There will be a massive rippling effect across all assets, people are calling it the ‘Central

Bank induced Everything Bubble‘. If this comes true it will start grinding the global economy to a halt.  There are people out there that do not like gold and silver, as you can see I am not one of them.

I was only 18 years old when I started my first business back in 1988, my friends and I would joke about how an ounce of gold was cheaper than an ounce of pot. I missed out on the massive opportunity as a dumb young kid with lots of money and no financial education. I’m not going to do that again!

We are at that point in time again: I can see that gold and silver are tremendously undervalued, and I dare you to try to find another asset right now that is as undervalued.

Mike and many other people following this trend know that most assets at the moment are in a bubble preparing to pop.

The largest contenders I can see at the moment are the bond, stock and debt bubbles. Real estate in some countries is in a very bad state but currently balanced. If you look at a study in 2018 by Jeff Desjardins at visualcapitalist.com shows that Hong Kong, Munich, Toronto, Vancouver, Amsterdam and London are all in the red and a big group of well know cities are following close behind. 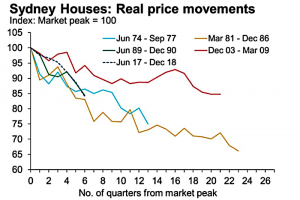 There was a stock market crash in the year 2000, and then in 2008 we had a stocks and real estate crash.

The next crash is going to be in stocks, real estate, and bonds – also there is a lot of sovereign debt, corporate bonds and a whole lot of other bonds that will be crashing at the same time. If you go to the world debt clock you can see all of the high-risk countries are depicted in red. This only shows public and not government debt. 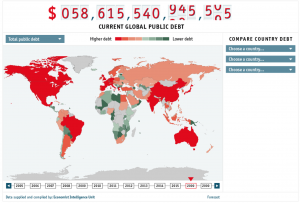 While researching for this article I found an image that was very intriguing from the bank of HSBC to showing you where they have their local banking offices and how they are trying to dominate the world banking system. From the image above, is it me or do they look very similar? Clearly, this is not the only bank in these countries trying to achieve the same results, it is just another indicator of how the banking cartel run their businesses. 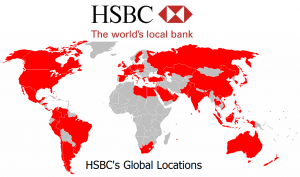 There will be an emergency meeting of the G20

As the crash approaches, an emergency meeting of G20 finance ministers and a bunch of “economists” will again be held – just like there was in 1922 in Genoa, the Genoa Conference, where the ‘gold exchange standard’ was first coined. The ‘Bretton Woods’ system was founded in 1944 at the Bretton Woods conference, and again, in 1971 they came up with the Washington Accord. This new monetary method never actually never got implemented because when the Bretton Woods system fell apart.

Everybody knew the US dollars was the safest currency in the world at the time and so the USD was just selected as the international currency – the so-called ‘petrodollar’. This has been to the great benefit of the United States because petroleum purchases from most countries are still conducted in US dollars.

Every time a new US dollar is created it causes inflation. This method doesn’t just dilute the dollars within the United States since more than half of US dollars reside outside the US. So, when we cause inflation of the currency supply that’s outside the United States, it steals purchasing power from other countries and transfers that purchasing power to back the US.

Starting with George Bush Jr. the deficit spending was initiated and then through the Obama administration, this was only then magnified. The USA is currently over 22 trillion dollars in national debt.

As you see from the image below there are about 58 trillion dollars in national debt in just the top 10 counties. 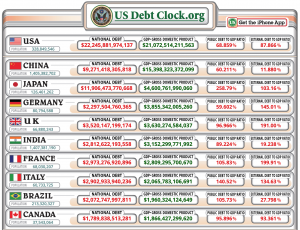 Let me leave you with a final thought: do you really think everything is OK?

Click here to see Hidden Secrets of Money, Episode 1: Currency vs. Money and start your education on the history of money.

China in the gold buying spree (E1371) on the Keiser Report
Source rt.com

Goldman Sachs CEO: The US economy ‘is chugging along pretty well.
Source cnbc.com

The war is over and the bankers have won
Source cnbc.com